The Call a Test Feature - PractiTest
Share the article

When creating new tests or editing existing tests, it is possible to call test steps from other existing tests in the Test Library. This feature can save time by reusing already well defined test steps and is available for Enterprise and Ultimate users.

In the Test Library > Create a new test/ Edit an existing test.

If you have added a new test be sure to name it and add relevant information in the Custom fields, Then go to the Steps tab. Instead of adding a new step manually, click on “call a test“.

Call test steps by entering an existing test ID from the TestLibrary and pressing “submit”, or by selecting “Show tests” and choose the test/s you want from the pop up window. 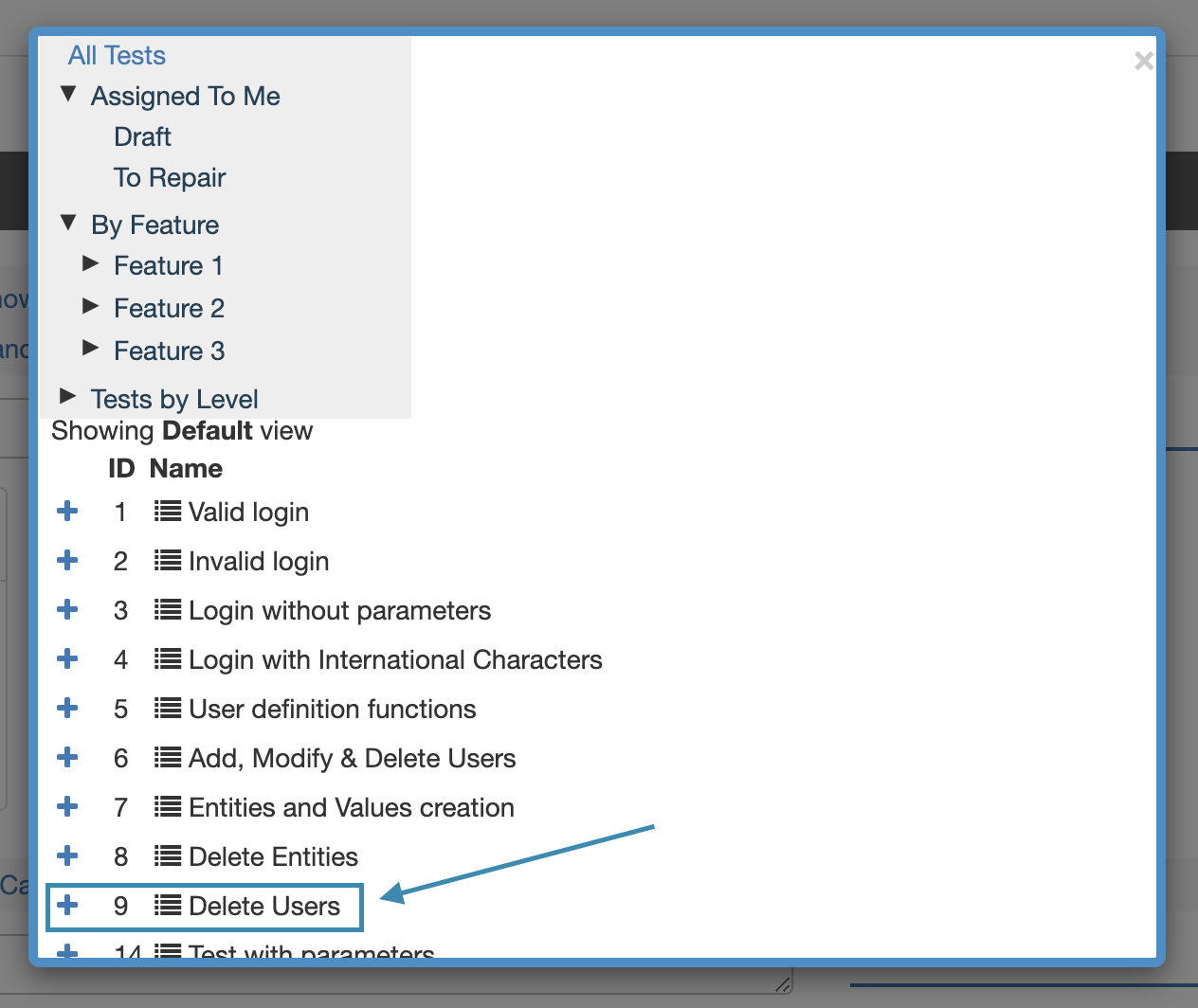 The called test will appear as a link to the original test, within your steps tab display.

(Save your new test).

In the traceability tab of the test that was called, a link to this calling test will be added 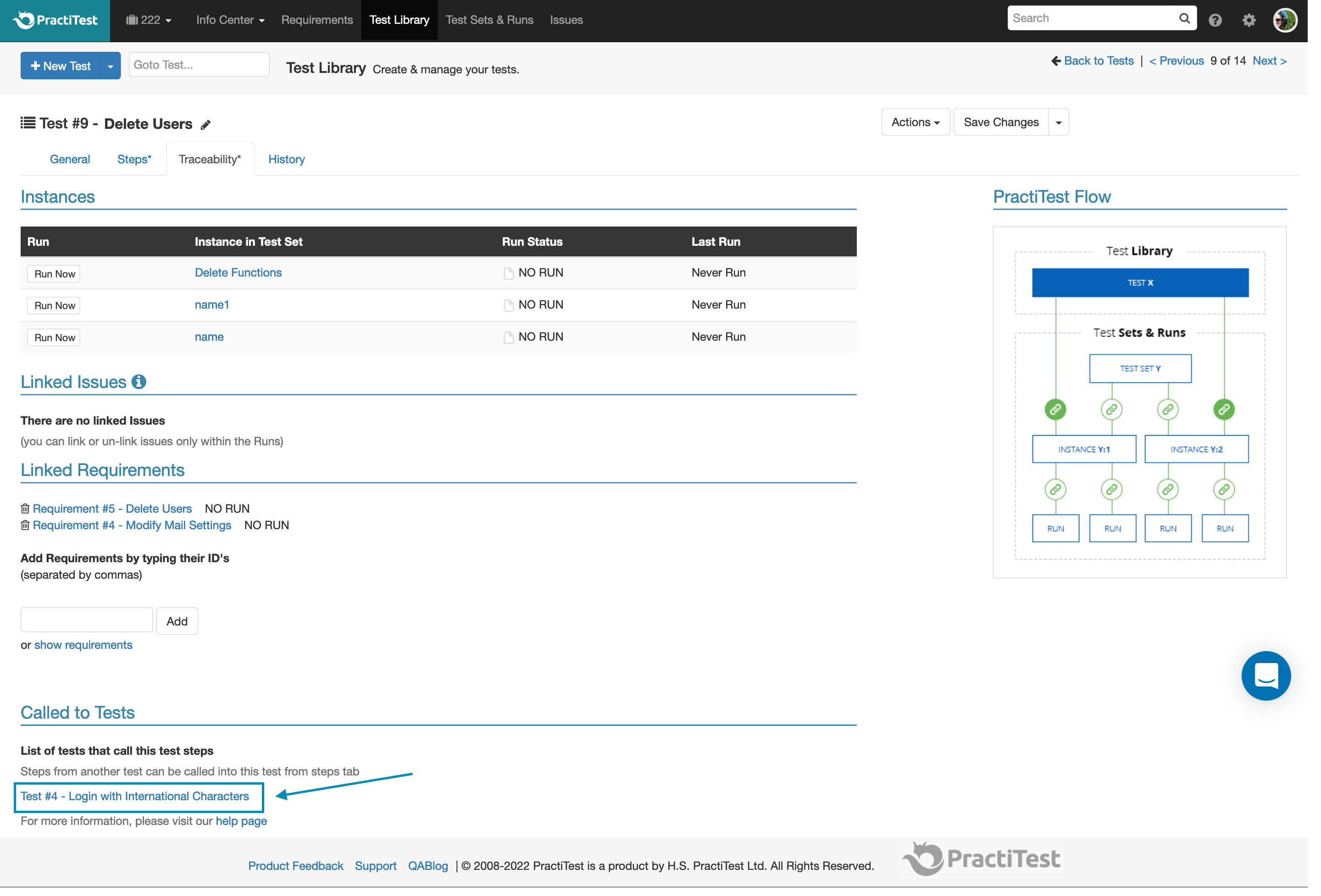 You can nest as many “child” called tests under any “parent” test as desired with multiple levels.
As seen in the diagram here: 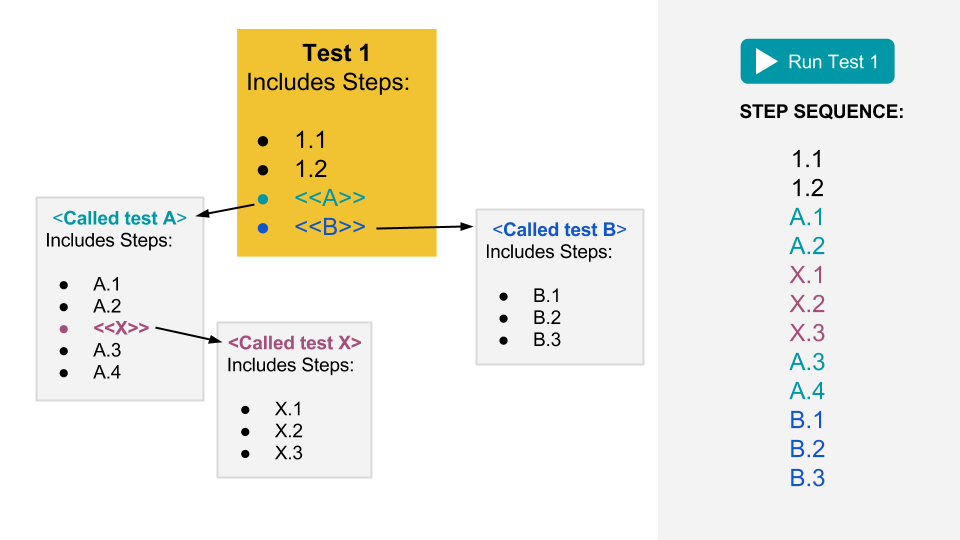 Add your new test to the Test Set and hit run. You will now see all the steps of your test (manually added ones as well as the called steps). All with full edit capabilities of description, expected results fields and of course run status, bug reporting capabilities etc.