GUI change – what and how - PractiTest
<< Back to all updates 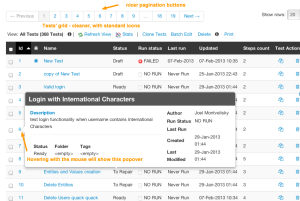