The main target of a software tester is to improve the software quality to the highest level possible. To accomplish this desired goal, the software testing process must contain a large variety of testing types. The different testing types performed during the Software Development Life Cycle (SDLC) aimed to validate proper functional aspects and non-functional aspects alike. Functional and non-functional testing is completely different, but executing both is necessary for the final product’s success. This article will cover background information, advantages, and differences between Functional vs Non-Functional testing. 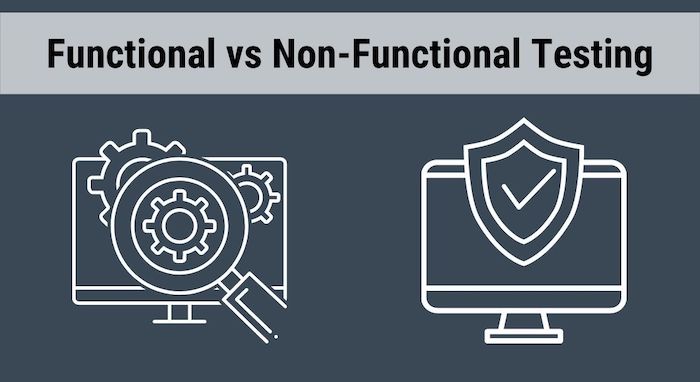 What is Functional Testing?

Functional testing is an umbrella term for many test types that are intended to check the whole functionality of the software. Functional testing verifies that the software is working as it should and is also free of bugs. In order to confirm that, the tester simulates an end-user real-life scenario and compares the test results with the anticipated results from the requirements document. Functional testing can be executed manually or automated.

What is Non-Functional Testing?

This is a broad term that contains all of the aspects that aren't related to the system’s functionality. Among the aspects considered non-functional are performance, security, usability, and more. The main goal of non-functional testing is to answer customer needs and make the product user-friendly. Non-functional tests focus on response time, system robustness, security issues, and so forth.

Comparison between Functional and Non-functional Testing

Regardless of the testing type you execute, functional testing or non-functional, using a test management platform could greatly help manage your testing process more effectively. PractiTest is your go-to solution for controlling and achieving better results. With PractiTest, you can gain full test coverage and increase team productivity.