What is CI/CD? The Complete Guide
Share the article

Software Development Life Cycle (SDLC) is the whole creation process of a certain software from end to end. All software development processes share the same main phases that must be completed to create high-quality products. Those phases include planning, developing, testing, and so on. But, this comprehensive process also varies from one project to another based on several elements such as software type, budget, workforce, and more. One of the most important and influencing factors on SDLC is the adopted development methodology the company is following.

In addition to high-level scope, the followed software development methodology also influences low-level scope elements like employees' daily tasks. The practices the development team is following, usage of automation tools, and Quality Assurance (QA) efforts are all related to the adopted methodology. Of course, the followed methodology should be based on the product, upper management vision, team members, and so forth.

If you are working in a certain Agile software development methodology or specifically in DevOps, you have probably come across the term CI/CD. This term is a vital part of the DevOps software development methodology and you should understand its meaning. To help you better understand what CI/CD is, this article will include all the fundamental and necessary information, benefits, tools, and much more. 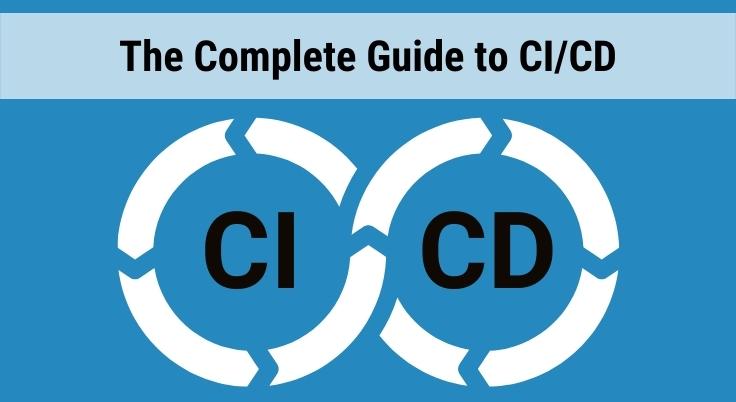 Before the extensive definition of what is CI/CD, first, let’s break this term down. CI/CD is a combination of Continuous Integration (CI) and Continuous Delivery or Continuous Deployment (CD). These practices are in-use in Agile methodologies but mostly in DevOps. The concept of CI/CD focuses on automation as much as possible from the beginning of a development process to deployment to ensure reliable and fast deliveries.

According to the ISTQB, continuous integration is defined as “A software development procedure merging, integrating and testing all changes as soon as they are committed within an automated process.” It means that developers merge code changes into the main shared repository continuously as early as possible. The process of CI also includes testing the changes using automation testing to validate the code is functioning flawlessly before it integrates into the repository. Automation is an integral part of the CI practice and allows developers to release faster and better source code changes to the main branch.

For the most part, CD refers to continuous delivery, which finalizes the CI/CD practices. In this part of the process, the merged changes are tested and integrated automatically into the repository and then waiting to be deployed. The deployment to production in continuous delivery is done manually by staff members.

In some cases, CD may refer to continuous deployment and not delivery. In this approach, the usage of automation is even higher and the deployment process is done automatically instead of manually. By using automation the changes are deployed to production faster, without employee intervention. Using continuous deployment will even shorten the process and enable faster results.

Why CI/CD is important?

Today, the main methodologies adopted by the vast majority of companies are Agile or Agile alike, 86% in fact, according to the 2022 “state of testing” report. Agile methodologies are highly adaptive to changes, allow teams to work simultaneously on different assignments, and deliver faster than before. All of these attributes that characterize Agile methodologies are ensuring shorten development time, high-quality products, and higher customer satisfaction.

A newer methodology that evolved from Agile and according to the 2022 “state of testing” report and takes the 2nd place in popularity is DevOps. DevOps is a combination of development and IT operation and is mainly focused on shortening, even more, development and deployment. In other words, DevOps adopt even more automation during the process, emphasizes cross-department collaboration, and requires a high level of communication skills. Following DevOps practices are greatly helpful in releasing and deploying high-quality software in a shorter time than before.

As mentioned earlier, CI/CD are practices of DevOps methodology and an essential part of it. Continuous integration and continuous delivery/deployment help to release software changes immediately to the main repository which contributes to early deployment. The high usage of automation in CI/CD allows simple and faster deployment in addition to more reliable software that is clean of bugs and defects without the risk of human error. Hence, CI/CD is an important practice to follow when working in a DevOps environment and will significantly help you to achieve your objectives and release faster than ever.

What is CI/CD pipeline?

To have a useful and successful CI/CD process requires performing the involved steps correctly. CI/CD pipeline is a set of actions needed to execute till the final deployment. The pipeline is focused on automated processes including using different tools to reach better results in the shortest possible time. The steps CI/CD pipeline contains to commit a change in the source code, build, test, and deploy.

The next step is to run tests to verify there are no bugs and ensure proper functioning. Of course, the testing stage is done 100% using automation testing without the involvement of human testers. The responsibility of designing the automation tests is part of the developers' assignments. Good examples of tests that are performed in this stage of the pipeline can be unit tests, smoke tests, integration tests, etc. If all the executed tests have passed, it is time to move to the final stage of the pipeline.

What is the difference between DevOps and CI/CD?

Between DevOps and CI/CD there are differences but they are deeply related to one another. The main difference between them is that DevOps is a software development approach while CI/CD is practice. DevOps methodology contains multiple practices to reduce development time and deliver faster. CI/CD are combined practices of continuous integration and continuous delivery/deployment. CI/CD practices are intended to allow developers to release reliable software faster with minimum to no human intervention in the process.

Therefore, CI/CD is a critical part of the DevOps methodology that must be followed when adopting DevOps. The practices of CI/CD go hand in hand with the DevOps approach and help to release and deploy high-quality software faster. Using automation tools is a key element in DevOps principles and is implemented into practice in the entire CI/CD pipeline. Using CI/CD would also enhance cross-department communication which results in better collaboration among staff members.

What is Continuous Testing?

The formal definition of continuous testing by the ISTQB is “An approach that involves a process of testing early, testing often, test everywhere, and automate to obtain feedback on the business risks associated with a software release candidate as rapidly as possible.” The purpose of continuous testing is to start testing in early stages of development phases, as soon as possible, and repeatedly when moving forward in the process. The concept of testing in early stages, also known as “shift left”, allows developers to remove bugs from the software and save valuable time and resources in later SDLC stages.

Moreover, the efforts of continuous testing rely on executing automation testing during the SDLC. Automated testing has many advantages that contribute to reaching the goals of DevOps teams. First, it is substantially quicker to perform automated tests than manual tests. This will save precious time for developers and testers, especially if the main goal is to shorten the development and deployment time. In addition, automated tests are incredibly reliable with a low risk for errors, in comparison to manual testing. Since automation tests are done by tools, there is no risk of human mistakes, unlike manual testing which is influenced by elements like fatigue.

The continuous testing process is very helpful and is an important part of the CI/CD pipeline in a DevOps environment. Nonetheless, there are common continuous testing pitfalls that every team should be aware of. It is necessary to avoid those pitfalls to keep continuous testing as efficient as possible and ensure high-quality software. Besides, there are cases where executing manual testing is essential and can not be fully replaced by automation just yet. In testing types such as exploratory testing or user experience testing, the human eye is required to detect bugs and defects and can not be performed automatically. So even when following DevOps methodology, it’s vital to find the right testing mix.

What are the benefits of Continuous Testing?

Continuous Testing has numerous advantages that help tremendously in improving the software quality and delivering faster. Here are some of the key benefits of continuous testing:

What are CI/CD tools?

There are a large number of CI/CD tools on the market that could help automate the development, test, and deployment process. Before choosing a tool, it is important to make sure that it answers your needs and suits best for your team. Here are a few of the most common CI/CD tools available:

Jenkins - One of the most popular CI/CD tools. With hundreds of plugins available to automate and deploy, this open-source tool is a great option for continuous integration and deployment. Jenkins is easy to install as well as to configure and also completely free.

CircleCI - CI/CD platform that automates builds, tests, and deployments in high-security standards. CircleCI can also be integrated with many different tools and simplify the process.

Gitlab - Gitlab is a complete DevOps platform to manage the whole software development life cycle. Among the variety of aspects this platform could assist, it is also useful for continuous integration and continuous deployment.

TeamCity - A continuous integration server that allows you to optimize build queue and run tests automatically. The tool is also providing feedback on every code change. The tool was released in 2006 by JetBrains.

The software development life cycle is a long and complicated process with clear phases and steps you should follow in order to create top-quality software. There are various factors that directly affect the SDLC process, a major factor is the adopted methodology. The methodology includes principles and development philosophies for the organization to follow and build the software accordingly. The methodology has an influence on the entire SDLC, from early development phases to release and maintenance phases and from high-level scope and low-level scope.

In recent years there has been a shift towards modern methodologies instead of traditional methodologies. Working in parallel and high flexibility that characterize Agile and DevOps methodologies allow teams to develop and deliver higher quality software faster than the Waterfall approach. This contributes to reducing time to market, achieving high customer satisfaction, and creating transparent cross-department communication and collaboration.

A set of principles that are in use in DevOps approach and help to achieve better results in a short time is CI/CD. This is a combination of Continuous Integration and Continuous Delivery/Deployment. Those practices refer to a pipeline in which developers merge code changes into the main repository, test, and deploy to production as soon as possible. As DevOps approach support, CI/CD is relying on automation processes from the beginning of the pipeline to the end of it.

A crucial part of CI/CD pipeline is Continuous Testing which is testing as early as possible (shifting left), through different phases, and consistently using automation. There are various CI/CD tools that could help you in your process in general and your testing efforts in particular. Additionally to these tools, using a test management platform such as PractiTest could significantly help you manage, navigate, and focus your QA process in order to ensure team productivity and high-quality software. With PractiTest's FireCracker tool, you can easily report your CI/CD results into the platform without addind API calls.