Would you trust a programmer to test your application? It’s like asking a Fox to guard the chicken-house, right?

Well, sometimes you don’t have a choice, or you do but that choice is to release the application untested…

As part of an Agile testing consulting engagement I am doing at a friend’s company, yesterday I started providing short training sessions for programmers who need to learn how to test better. It’s not that this company doesn’t have testers, they have good testers! But as many other agile teams they have much more testing tasks than available testers, and they want programmers to take part in at least some of their testing tasks.

Programmers are not good at testing!

A while I wrote a post explaining why I think programmers make poor testers, and I still think that in a sense it is like asking a dog to fly (take a look at the cool picture in the post 😉 ). On the other hand I also believe that with some good intentions, hard work, and perseverance you can teach a dog to skip far enough and that way to jump over large obstacles.

In the same way, you will not be able to magically transform programmers into a good testers overnight, but you can start by working with them on their weaknesses and then teaching them some simple and effective testing techniques. With good intentions, a little practice, some hand-holding, and constant feedback you will be able to get some good testing help in your project.

Step 1 – understand the limitation and weaknesses of a programmer

I started my session yesterday by going over the points I listed in my earlier blog that make programmers “less-than-perfect-testers”:

It made a big difference during the session to not only list the weaknesses but talk about why each of them is naturally present in programmers due to the nature of their work, their knowledge and trainin

I’ve seen that many (most?) programmers have the perception that testing requires little or no planning.

Maybe we testers are guilty of this misconception since we don’t get them involved in our test planning process as much as we should, but the truth of the matter is that when we ask them to test they they automatically grab a mouse and start pressing on the buttons without much consideration or thought.

Test Planning is a cardinal aspect of good tested, so I gave them a couple of ideas and principles planing:

Step 3 – what to do when running tests

We talked a lot about tips to help perform good testing sessions.

We talked about how even when you think you are done testing you should always make sure there is nothing else that should be tested, and what techniques they can use in order to find these additional places:

In the end is a questions of mindset and motivation

One of the things I like most of agile teams (and many non-agile but yes smart development teams) is that they define Quality to be the responsibility of the whole team and not only of the testing guys running the tests tasks at the end of the process.

My final piece of advice to the group was that everything starts from them, and their understanding that testing is not a trivial task and definitely not a reprimand for doing a bad job or for finishing their tasks ahead of time. What’s more, I am sure that once these guys start testing better and gaining a testing perspective of their application they will also start developing better software too.

Now I have another 3 development teams I need to train. Let’s see how it goes with them 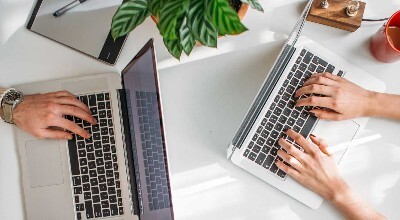 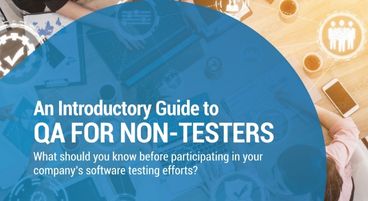